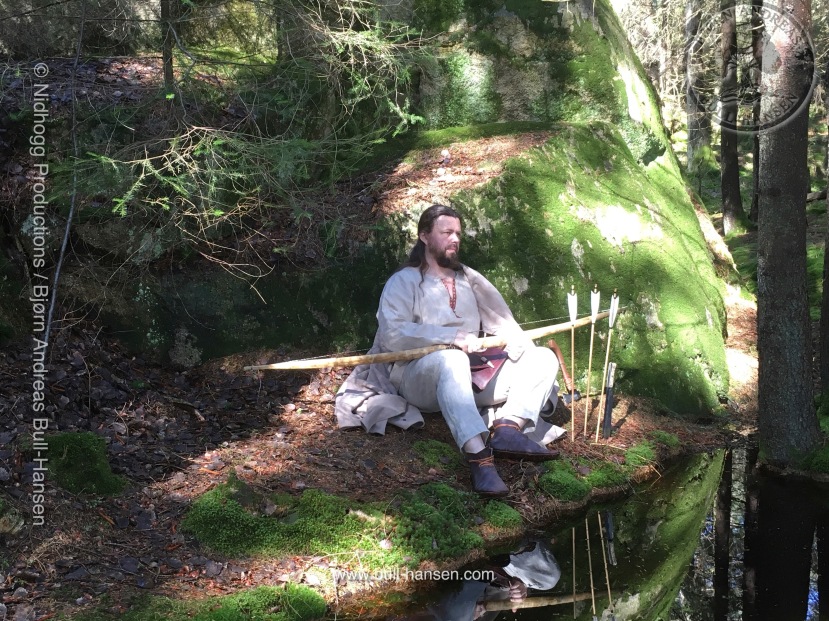 If you’re a Viking enthusiast, these are exciting times. Never before has there been so much information available out there. And while some of it might not be accurate, at least you won’t have to order books at your library every single time you want to study your Norse history and culture. Also, the Viking reenactment and living history communities offer opportunities to do hands-on research, which I must say has become a passion of mine. However, I do feel that Norse history and culture is still seen as something that belong in the past. This is a shame. It’s a bit like finding an lump of gold in the ground and just leaving it there. We need to bring that Viking wisdom and life philosophy into our daily lives!

Many of you have done just that. And by «many», I mean MANY. We are brothers and sisters of the Norse, and we have rediscovered a way of life that is surprisingly well suited to the modern world. It might sound strange to some, but there has never been a better time for living a Viking’s life. Obviously, we don’t sack villages and monasteries. But being a Viking was never a synonym for «pirate». Some Vikings were pirates, without doubt, but going Viking is not necessarily about physical wealth. It is, and it was, a mentality. And that mentality is what makes us Vikings.

So after this rather lengthy prologue, I would like to list a few things that I have learned so far from living a Viking life. If you are just getting into this lifestyle and -philosophy, this is also a list of mental traits I believe are typical for the modern Norseman and -woman.

1, Life will never be easy and I accept that
I know, this is common sense and it has nothing to do with the Vikings, right? Wrong. As I wrote in my blogpost The Law of Highest Resistance – and how to know if you’re a Viking, as a Viking you do not just accept life’s hardships. You welcome them. Of course, you don’t want bad things to happen. But you do accept that they do, and every single time you see these hardships as opportinities to grow and become a stronger and wiser person.

2, Fear no man
This is a keystone to your Viking philosophy. No man should be feared and if you think about it, the concept of being afraid of another human being is a bit silly. If you think you need to please your boss to avoid losing your job, you’re doing it wrong and maybe you need to think of ways to rob him or her of that authoritative position. I often visualize people of power without clothes on, falling over or even sitting on the toilet and I find that makes them appear totally non-threatening.

3, Respect must be earned
I constantly hear people demanding respect for who they are and their life choices. But really, these people have got it all wrong. Respect is not automatic. You don’t get to be respected just for being alive. Respect must be earned and that really is one of the most important principles in a Viking’s life philosophy. And it goes both ways. I need to live a life where I do my best every day if people are to respect me. So do you.

4, Some people will not like you and that’s okay
Not everyone will like you. Why? People are different. They want different things and they live different lives. So the best thing you can do, is to be yourself. Be honest. It will piss some people off for sure, but honesty also attracts the right people. Watching people letting go of their integrity is sad and you should never let that happen to you.

5, You must break the rules
This one was hard for me. But we need to understand that rules are often made to protect the large players in the game. If you are not a large player, you can only win by being faster and by breaking those rules. Your moral compass should be your guideline. The rules of the game should not.

6, Do it yourself
I’m a novelist and when it comes to the Norwegian editions of my novels, I will no longer be offering them to the Norwegian publishing houses. I went indie after 15 novels and the income from my first novel published by my own company tripled the numbers compared to the novels published by the large publishing houses. The publishing business relies heavily on outsourcing here in Norway, which means that I use the same people (consultants, proofreaders etc), but the income goes straight into my own company. I learned this by working in the film industry, where people asked me straight out: Why the fuck don’t you do it yourself, Bjorn? Why do you give away all those money? Well, I guess it was a wise decision to do it myself. Also, if you want something done, you should do it yourself.

7, Be grateful
I believe the key to happiness is to remind yourself of all the good things you have. If you have a roof over your head, some food on the table and you’re somewhat healthy, you have a lot to be happy about. I try to remind myself of this every day. And I am grateful to all the people who came into my life and made a positive impact. I am not grateful to some god. I believe the situation you are in today, is mainly the result of your life choices and you have the power to change it for the better, no matter how difficult it seems to be right now.

So this is what I have learned so far by living a Viking life. I am sure I will learn more in the future. Maybe learning should be added to the list? In a fast changing world, we should always be learning and adapting. I will write more about that in another blogpost…

Read more: So you want to look like a Viking?

and will also be available in:
Russian
Spanish
Hungarian

Order my novels using THIS LINK or the direct link to your language in the list above. You can also get them in any other bookstore.

Please note: Sharing to social media is always welcomed, so please do share links to these blogpost as much as you like! You'll find share buttons under each blogpost. However, copying entire blogposts and pasting them into other websites will be considered a violation of Bjørn Andreas Bull-Hansen's copyright. That said, if you wish to use any of these blogposts on your own website, please contact me.
%d bloggers like this: