A BRIEF PRESENTATION OF MY NOVELS

The Tale of the Antlered God:

These books are set to an imaginative iron age where various nations occupy vast areas of land, mountain and ocean. I calculated that this world is actually some 30-50% larger than our world.

It consists of these books:

Seven Tales of the Western Forest – this one is actually not a part of the 6 novel series, but many readers view it as an intro to the ‘Antlered God-novels’ universe.
Tears of the Dragon – the first volume of the series.
Bran’s Journey – the second volume
He Who Seeks – the third volume
The Coming of Cernunnos – the fourth volume
Where Gods Die – the fifth volume
Tazka Kora – the sixth volume

Seven Tales of the Western Forest: 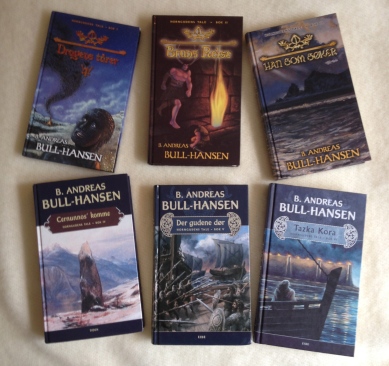 After The Tale of the Antlered God, I wrote first one trilogy, then another. The first one is a post-apocalyptic story from a very dark and hostile northern Europe, usually referred to as The Anubis Trilogy. It starts in Norway and ends in Russia. I did some extensive travelling before I could write these three novels:

After the Anubis Trilogy, I set forth to do something that no Norwegian had even done before: To write an epic trilogy based on Norse mythology. In English, the titles would be something like:

The Jotun’s Return
Before the Nine Worlds End
Ragnarok 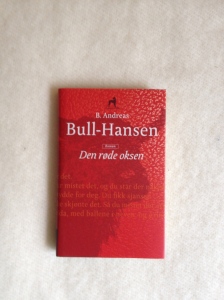 My 16th novel is a story about a man who, after surviving a pandemic disease, lives in solitude at a farm by a Norwegian fjord for 30 years. It is a story about loneliness and lost love, of friendship and of finding a place to call home.

Jomsviking is a series of historical novels from the Viking Age.

These novels tell the story of Torstein Tormodson, who is enslaved as a boy, but who becomes one of the notorious Jomsvikings and one of the most powerful men in Scandinavia. JOMSVIKING is a series of novels and is set to the last decades of the Viking Age. These novels are having phonemenal sales numbers and the publication of the first volume in Norway received three reviews with a maximum score (6/6) following each other right after publication.

The novels have been sold to several countries. 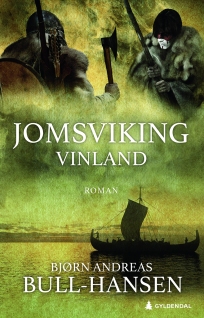