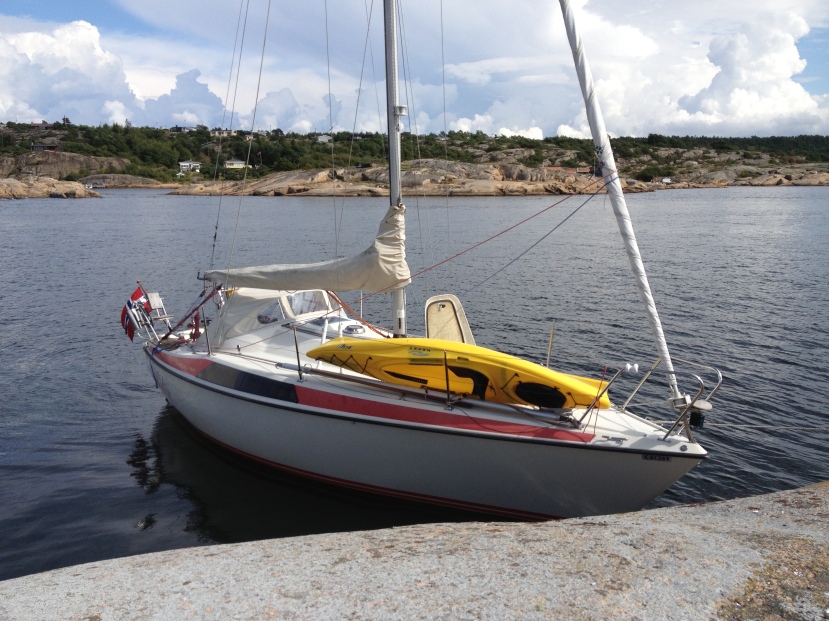 Have you ever wanted to quit your job and go on a never ending vacation? Do you like the idea of having no debt and be able to travel whenever you want to? I know, it sounds like some sort of commercial. But the reality is that most people in the Western world are actually able to do just that with just some careful planning. And it has to do with the most basic principle of capitalism, that simple equation I like to call money in – money out. If you have some money, you will be able to live off those money as long as you have them. (Yes, read that one again if you like – it really is that simple.) So if you want to go on that never ending vacation, you need to 1, build up a certain amount of money and 2, spend less money. The more money you have, the more money you can spend and vice versa. Again, I know this sounds stupidly simple or maybe just stupid, but let me get to the point: You can spend less by downscaling your life. In fact, you can get your cost of living so low that it’s almost ridiculous.

Take a moment and think about the things that you need in life. I guess that would be food, clean water, somewhere to live, healthcare, internet access etc. Then, think about all the things you already have, but don’t need. That would be things like unhealthy food, cable tv, a big house, expensive car, new shoes, jewellery, another cellphone and lots of other stuff. What you do and don’t need depends on the person, I guess, but I am sure that at least half of the stuff you spend money on, is stuff you don’t need. So buy less and save more. Here’s a few sources of expenses that I have managed to get rid of:

-Debt, all of it
-Energy drinks
-Some of the gas bills – I use my bicycle more
-Gym membership – I invested in a home gym, it is now paid for by what I saved on gym membership
-Sports and outdoors equipment – I realized I have all I need

I should add to that the fact that I don’t drink alchohol, I don’t smoke, and I rarely go out for dinner. Some would say that sounds a bit boring, but it’s no loss to me.

Also, take a look at where you live. Do you pay rent or do you own a house? Could you consider a so-called «tiny home»? Those are becoming extremely popular, and it’s not hard to see why.

What if you just sold your home (or moved out of that flat with the expensive rent) and got yourself one of those tiny homes or a boat? Yes, you would have to get rid of most of the stuff you have accumulated over the years, but what you get in return is freedom. And that is the keyword here. I believe we have been somewhat fooled to think that we need to work 40 hours a week to have a good life. But it’s a lie. By spending less, you’ll be able to work less and still build up a fortune. Go through the numbers, I am sure you’ll find that it’s very possible. You’ll be able to build up a fortune and eventually you’ll be able to invest those money low risk and live off the interest, or work only a few months each year. But you’ll have to keep those expenses down and think differently about what you need. For me, one of the hardest ideas to grasp was actually the fact that I don’t need a big yacht. It would be nice, of course, but it would also have meant going to the bank to get a loan. And I’m debt free now, I want it to remain that way.

So please, ask yourself if you can downscale your life. If you get into that mindset, you’ll discover it’s extremely liberating. Sell the stuff you don’t need or give it to someone who do. Teach yourself skills that make you more self reliant. Downscale your social life too. Friends who never reach out to you, are probably not your friends, but there are, believe it or not, many out there who would like to spend time with you. Get a more exciting job. If it pays less, it doesn’t matter so much, because you have already downscaled your expenses.

I think the concept of downscaling and low-cost living will become one of the most important trends of this decade and the next ones. In fact, we’re already seeing the first signs of it. So go on, downscale and be free.