Have you seen Jack in the Green?

Have you seen Jack in The Green
with his long tail hanging down?

The above are the first two lines of the Jethro Tull song «Jack in the Green», a song that has been very dear to me since I first discovered it some twenty years ago. It was written by Ian Anderson and it’s something as rare as a positive song with a deep, multi-layered meaning of the kind that any literary analyst loves to work with. The rest of the first verse goes like this:

He quietly sits under every tree
in the folds of his velvet gown.

Now, I won’t bore you with a literary analysis of this masterpiece. Instead, I will tell you a little bit about the main character in this song, Jack in the Green. Jack is a spirit of the forest, he is the Celtic deity Cernunnos adapted to fit the folklore of the Christian era. Jack is «the green man» out in the woods, a guardian of nature and wildlife. He taps his cane upon the ground and signals the snowbells it’s time to grow — he brings spring to the woods.

Jack is the spirit of the forest and as a woodwalker and bushcrafter I often feel his presence. It is a personification of my curiosity and my joy of the freedom that the natural world offers us. Jack is not a worker, he doesn’t understand modern society and doesn’t want to, nor does he need to. He is a dancer, a lover of all living things and he sleeps all winter.

I find that as I get older, I yearn to be like him. As years pass by, what we call life seems exceedingly superficial and it’s when I’m out in the woods or out sailing that I feel connected to what is real and true. I am a novelist, a publishing business owner and a family father, and while I love my family and my work, I know that I must at one point return to a simpler and more nomadic way of life to be happy.

If you’ve read some of my other blogposts, you’ll know that I am not a fan of the modern world. Neither is Jack. He is a remnant of heathen Europe, he is a free soul, a god of fertility, a sexual deity. He doesn’t care for or understand things like shame or obligation. He doesn’t care about the morals of people who have no connection with the natural world. He runs around naked in the woods, feeling the first sun of spring on his bare skin. But as trees are chopped down and the cities continue to grow, more and more of Jack’s world is destroyed. These are hard times for Jack:

It’s no fun being Jack in The Green
no place to dance, no time for song
He wears the colours of the summer soldier
carries the green flag all the winter long.

Jack, do you never sleep?
Does the green still run in your heart?
Or will these changing times
Motorways, powerlines
keep us apart?

But there is hope. I can’t tell you why I think there is, I can only tell you that we have to have some hope. Ian Anderson saw his native lands being threatened by people who don’t understand that nature has a value in itself, not just as a source of meat and timber. But he chose to remain hopeful. Still, I fear for the future and I fear for Jack. Will he find somewhere to hide and sleep for a thousand years? Will the motorways, powerlines keep us apart?

Well, I don’t think so
I saw some grass growing through the pavements today.

I know Jack is still out there. Even after they chopped down my local woods, he chose to stay. I felt his presence last night, when I was out walking. I noticed that the trees, though dormant now that it’s winter, have already small buds on their branches, they’re ready to grow their leaves as soon as the weather gets warmer. Some small leaf trees survived the chainsaw and will stretch towards the first sun of spring. The moose and her two calves that lives up in those woods survived the hunting season and the stream has now found its way through the field of crushed branches and debris and is yet again winding its way down to the ocean. No, Jack hasn’t left. He is still there, keeping an eye on things.

The rowan, the oak and the holly tree
are the charges left for you to groom.

Each blade of grass whispers Jack in The Green
Oh Jack, please help me through my winter’s night
And we are the berries on the holly tree
Oh, the mistlethrush is coming
Jack, put out the light

Read more: The Gods in Our Genes 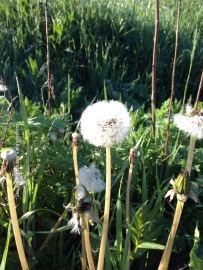 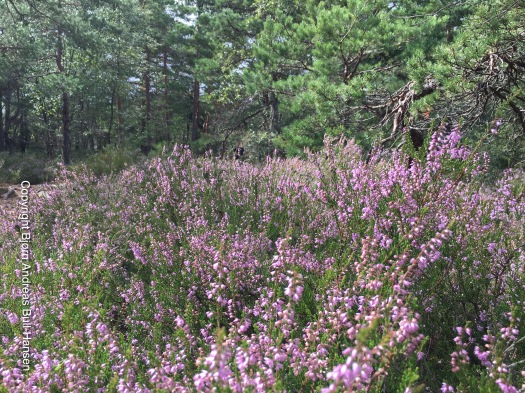 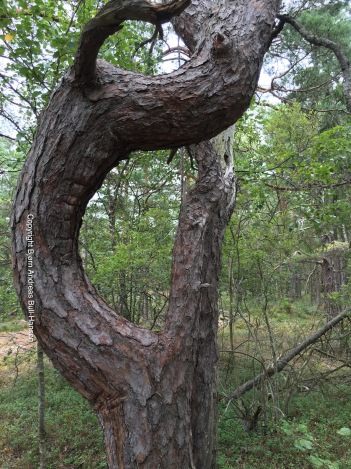